What is Dyslexia? The symptoms, the signs and treatment

“I AM NOT STUPID OR LAZY, JUST DIFFERENT.”

If your child does not show any interest in learning and often ‘disappears’ when asked to read, do not assume that he or she is lazy or playful. The lack of participation could be due to a learning disability known as dyslexia.

When I was involved in The Literacy and Numeracy Screening (LINUS) programme up North, about 10% of students failed the test requiring further assessment. This was not surprising as the prevalence of dyslexia ranges from 3-17.5% in school-aged children.

Interestingly, dyslexia was first reported in 1896 by Dr Pringle Morgan who described a 14-year-old boy called Percy who despite being bright and able to converse well, had never been able to read. Fast forward, dyslexia is now known as the commonest learning disability. It affects basic skills such as reading, writing, speaking and listening.

Boys are twice likely to be affected compared to girls.
Dyslexia can occur across all languages; however, the incidence is lower in populations where the written language is more phonetically consistent such as Spanish, Italian, Greek and Czech.

What are the possible signs of dyslexia?

In older children (above 4 years):

What are the risk factors for dyslexia?

1. Dyslexia is hereditary.
The presence of dyslexia in one parent is one of the strongest predictors of dyslexia in a child. Across studies, about 40% of parents having children with dyslexia also have dyslexia themselves. The association is more significant if the father is the affected one.
In a pair of identical twins, if one twin has dyslexia, the other twin has a 70% chance of having the same reading disability. The heritability seen was noted higher in boys.

2. Differences in the parts of the brain that enable reading.
Brain imaging has shown that in dyslexic individuals, the left reading systems of the brain are underdeveloped.

Reading problems often become apparent after two years of schooling, usually at the age of 5 – 6 years. If your child has been showing these signs, a prompt assessment by a child specialist, child developmental specialist or child psychiatrist is vital. Sometimes, dyslexia can also co-exist with other conditions; for example, ADHD (Attention Deficit Hyperactive Disorder). It is also crucial to exclude problems with vision or hearing that can impair learning.

The earlier the treatment, the better the outcome

Keep in mind that intervening early always result in a better outcome. Delaying in seeking treatment will only result in cumulative issues in a child later on, such as anxiety and poor self-esteem.

Once the diagnosis has been established, it is important to start intervention as soon as possible. Although the brain is resilient, starting intervention or treatment early brings more positive changes at a faster pace compared to when it is started in an older child. The other reason to start intervention early is to avoid unnecessary cumulative emotional burdens such as low confidence and poor self-esteem that can hamper a child’s progress.

The article (Link) is a good read that proves that a ‘wait-and-see’ attitude may not always be a good choice. 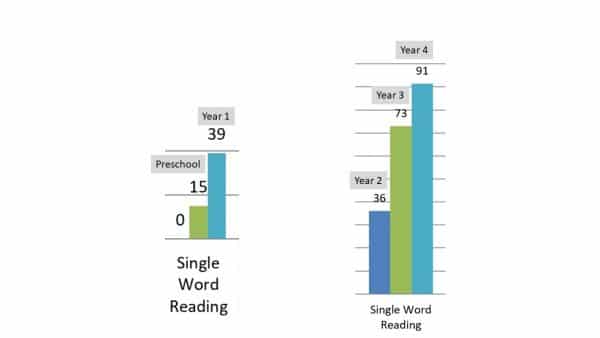 On a brighter note, do you that Albert Einstein, one of the greatest physicist of all time was dyslexic! ?